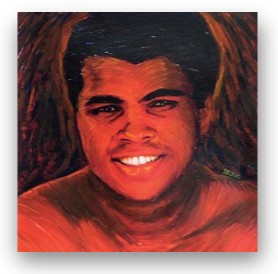 I decided some years ago to try and learn guitar and, after getting to know the basics, embarked on the unchartered idea of composing, always the ultimate goal. Once started, as part of the quest to try and find something a little different, a song collection with a common theme was soon put together.  It almost feels too long ago to be able to properly explain why, but the subject matter which sprang to mind was and is now the life, career, and associated times of the late and legendary Muhammad Ali. In a number of different ways those particular times represented my own formative years. Over the course of many discussions since the project has got off the ground in terms of recording, it is also clear that for so many people far too young to remember Ali’s rise to fame, and in some cases the ending of his professional career, this is an iconic individual who in terms of his achievements and sheer uniqueness of character, was truly a remarkable man.

Now, with the project complete, here are the primary vocalists and musicians, who have been good enough to join me. A great array of talent all of whom it has been a great privilege to have on board. 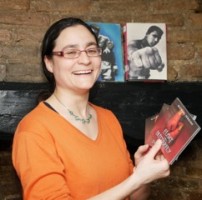 I was lucky enough to come across Fara and her unique playing skills at CB2 in Cambridge, some long time ago now. Fara has contributed much to the project both in ideas as well as valuable instrumental accompaniment. She regularly performs as part of an established folk duo, and by day teaches T’ai Chi, working in particular with other performers, by using exercises and deep massage techniques to improve playing posture. Yet to be tried on any of the participants in this project ! Also very important is that Muhammad Ali was Fara’s Dad’s favourite boxer. [website]

Jo fronts a fantastic band called Derecho, as well as having a separate outlet as an acoustic artist in her own right, where in recent months she has made significant strides, vocal performance being accompanied by expressive piano in a captivating and unique style. Due to release her first solo album very soon, Jo has also now been nominated for the 2017 Female Artist award by NMG, a body recognising outstanding musical talent across the whole of East Anglia. A highly accomplished lady who has lent some very inventive keyboard skills to the album project, Jo arrived via a chance chat with a performer friend of hers one evening in an exquisite local real ale bar. [website]

I was very fortunate to acquire Lauriane for these songs, recording taking place in the midst of final rehearsals for the lead role of Christine in a unique production of “Phantom of the Opera” for Viva Youth Theatre. With diverse and extensive experience to date in both theatre and concert performance, Lauriane is a young talent ahead of whom lies a very promising future, one of her further accomplishments being to play the lead part of Polly Peachum in the Threepenny Opera at the Mumford Theatre, Cambridge. Always highly professional, Lauriane was a great pleasure to work with. [website] 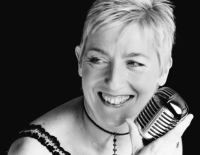 It was over a considerable period of time that Kathryn made these particular songs “her own”, maintained a strong interest in the project, and when it came to recording day most certainly did not disappoint. It was clear from the start that Kathryn had a strong penchant for delivering song material to just the right interpretation, and giving a first class rendition throughout. Kathryn has been singing to audiences all her life, and has established a wide reputation, weddings and corporate events being only some of the settings in which her services have been sought after. [website]

I was able to make Anna‘s acquaintance at CB2 Cambridge at a relatively advanced stage in the project and delighted when she agreed to lend her distinctive, excellent, and ( where needed ) powerful voice to this song. Noticing one of Anna’s own recordings entitled “The Byrds” and enquiring as to how one so young might be influenced by a sixties folk-rock band, I was then more than intrigued to learn the allusion was in fact to one of the masters of European Renaissance music who died in 1623, William Byrd ( and whose back catalogue is certainly worth a listen ). Anna embraced the studio recording with professionalism and willingness to do the best possible rendition, which I think is very apparent in the quality of the track.

Anna was a great pleasure to work with, and is to be recommended both as a vocalist, and performer in her own right. She is currently working on her second EP, and is also writing a series of songs about postcards. [website]

My son Robert Judkins has been a pivotal contributor to the album, contributing all the bass parts along with some rhythm/acoustic playing, and some occasional lead fills. An invaluable support throughout, in many ways the backbone of the project.

Robert’s talent has not as yet been witnessed in performance terms as often as it deserves having once been a member of a band interestingly called “Dirty Michael and the Boys”. Before you ask, I was not also a member. 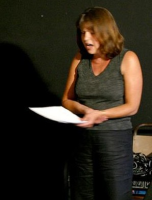 Claire ( pictured in action ) and myself go back a long way, to the very beginning of my songwriting. So it was only fair she should be allocated the album’s longest song. Someone who has always been highly supportive of the project, Claire, as well as being an accomplished singer, has an established local reputation as a pastel landscape artist. [website]

Liz answered the need for both an inventive sax solo and a solid horn section by coming along to do a superb session – the morning after playing a gig in London with Bad Manners. Liz regularly performs with local ska heroes Big 10, and the slightly more boisterous Jason and the Skagonauts. Her sax skills are frequently part of top flight function band The Burning Aces, and Liz also runs a busy woodwind business. [website]

Graham was the obvious percussionist being based in the same village and already adept as both a drummer and in the workings of sound recording. His abilities secured him a course placement at the College of Sound and Audio Engineering ( SAE ) in London, where I went on to spend an interesting day playing and recording backing tracks for the drum accompaniments which were then moved on to Kite Studio to be refined and mixed into the various songs. Thereafter, Graham, having developed his abilities in sound design for a career in post-production and artistic sound installation, went on to work on the highly acclaimed “Wondered” film directed by Rhys Chapman, sound design for LAW X Carhartt Chore Jacket Anniversaries well as working with the talented team over at FACTORY post house in Soho. Graham continues his artistic development in both programming feedback systems for audio and visual performances and installations for ambisonics.

I was recommended to Dave when in need of a powerful and emotive male vocal, which most certainly is what was delivered. Dave is an elusive figure online, though rumour has it that he performs in a duo ( Tony & Dave ), a trio ( Blue Yonder ) and a quartet ( Sky West ). He has applied his own very inimitable style of voice to these tracks.

My guitar teacher and mentor, I started with Dave before ever attempting to write a song. Our fortnightly sessions saw the creation of the “Float like a Butterfly” songs with an initial very rudimentary set of demo recordings, with unfortunately no-one but myself to take up the singing. Dave very willingly and generously enabled those same facilities for the later rehearsal sessions for the project, and has lent his very accomplished style to  the various guitar lines and solos. Not to mention one exquisite banjo line. Dave continues to teach, always working very hard in combining guitar/banjo sales and repairs, and other playing. [website]

I was very pleased to be recommended to Roger’s studio which has been home to many recording artists based in Cambridge and surrounding area, some of whom I have had the pleasure to meet and listen to at local music venue CB2 ( for certain concerts also known as Acoustic Routes ).  Roger has patiently supported the development of the “Float like a Butterfly” project, making acquaintance over time with the variety of musical personnel introduced to him. His expertise in knowing what will and will not work, and technique in getting vocal lines into place, has been  of great value. Roger is something of a motorbike fanatic, also making it clear from an early stage that recording is off limits whenever Formula One occurs. He is ably assisted in his work by Kipper, who is actually a very friendly but constantly yapping Jack Russell. [website]

Above Ali illustration by Bob Banks